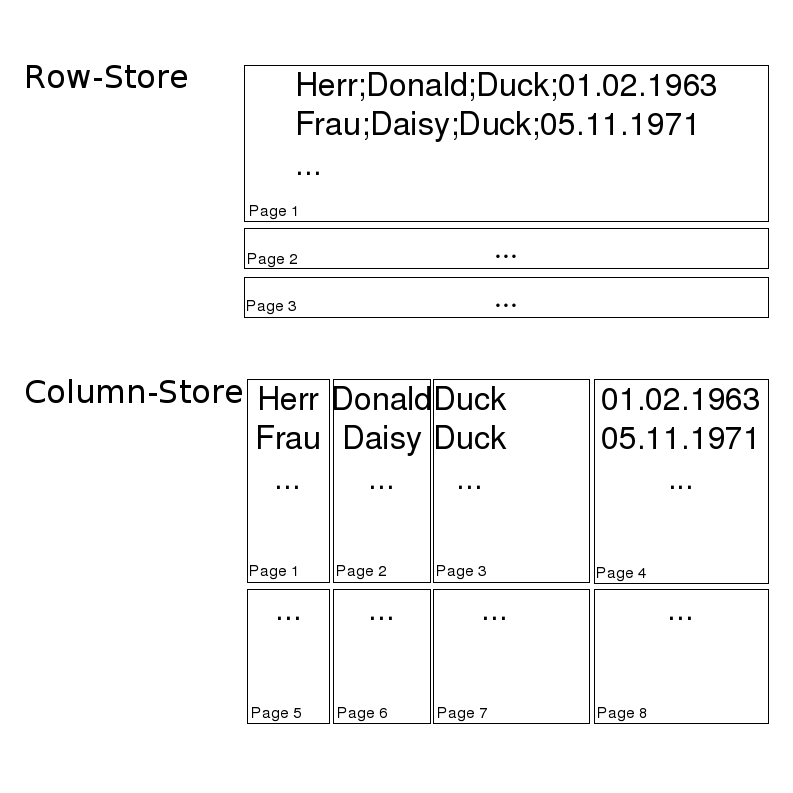 In recent years we have seen the emergence of several “column-oriented” relational databases in academia and industry. These are expected to increase the speed of read-mostly analytical workloads (e.g. in decision support systems), which usually require only a subset of attributes of a relation, but may involve a large percentage of a relation's tuples. The advantages of storing relations column-wise (instead of row-wise) are:

However, there is an ongoing dispute among researchers about the real benefit of column-orientation over its disadvantages:

In this project, we try to combine the best of both worlds into a system with the following goals:

Part of our consideration will be new trends in hardware development like Flash memory and Multicore architectures, both of which influence the way databases are built.