Quadrilateral Surface Parameterization. We developed the QuadCover algorithm to automatically compute a globally consistent quadrilateral parameterization of an unstructured triangular manifold mesh. The parameter lines align with a user-defined frame field, e.g., the principal curvature directions. Not only is such a quad parameterization an ideal starting point for constructing a nested quad hierarchy, but also allows for other applications: Stripe parameterizations of tubular objects such as human blood vessels or neurons are very useful for the visualization of medical data. 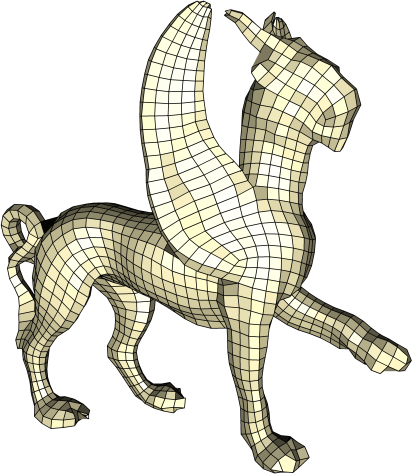 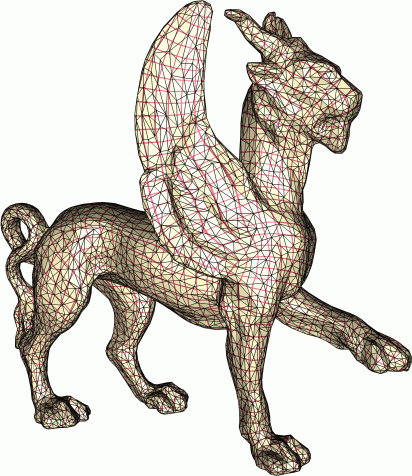 The parameterization aligns to a six-fold symmetric guidance frame-field. Like in the quadrilateral case, we would like to align the parameter lines with the principal curvature directions. However, there are three parameter lines and two principal directions at each point. Consequently, it is impossible to make use of both principal directions without incurring angular distortion. We note that this challenge is unique to six-fold symmetric fields. We have introduced a method for generating a frame--field with sixfold symmetries which aligns to one of the two principal curvature directions in each point. We also provided a clustering method for singularities for generating smoother fields which leads to more regular parameterizations. This clustering method can also be applied to the quadrangular case. 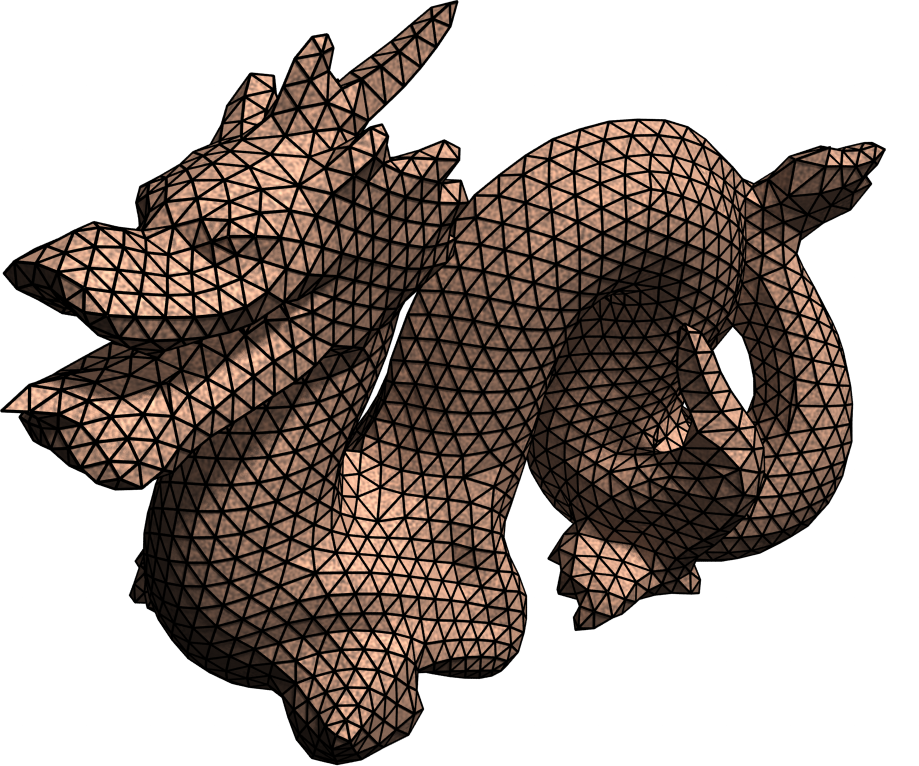 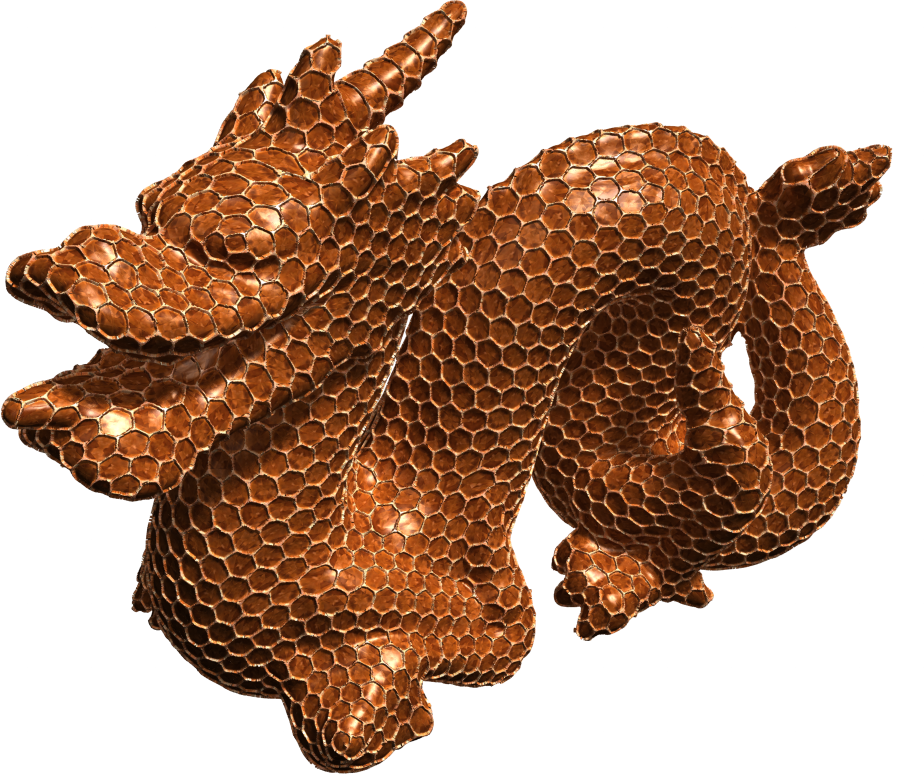 Hexahedral Volume Parameterization. We invented novel techniques for generating a regular hexahedral mesh of a 3D volume bounded by a given triangular surface. Among the optimization goals are alignment of the voxels with the bounding surface as well as simplicity of the voxel grid. Since volume parameterization is conceptually harder than the surface case it is not straight forward to extend existent 2D methods to 3D. We formulated the theoretical foundations for volume parameterizations including an understanding of the nature of singularities in the volume.

Riemann Surfaces. From a theoretical viewpoint, the topology of the solution space for parameterizations is equivalent to a branched covering surface with 4 (QuadCover), 6 (HexCover) or 24 (CubeCover) many sheets. This insight is fundamental and provides a nice connection between parameterizations and Riemann Surfaces. In this context, we invented a visualization technique for Riemann surfaces and proposed an application to domain coloring. 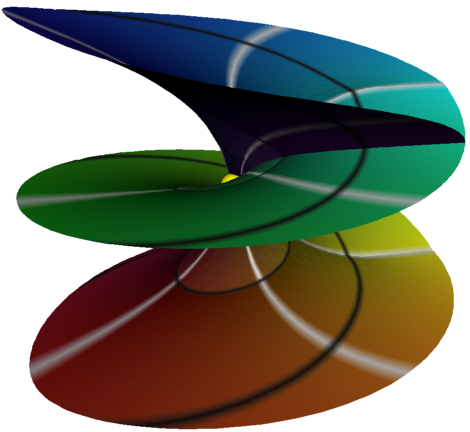 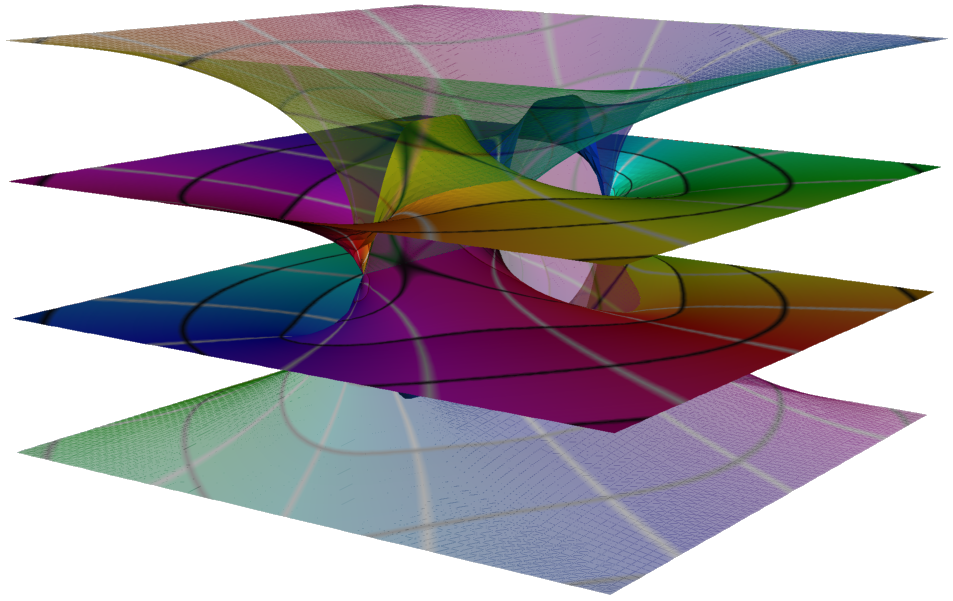 A feature of nonsmooth Schur-Newton methods is to approximate the given nonsmooth nonlinear problem by a suitable sequence of linear problems. Thus these methods can directly be applied for PDEs on surfaces using linear multilevel solvers developed in an earlier project stage.