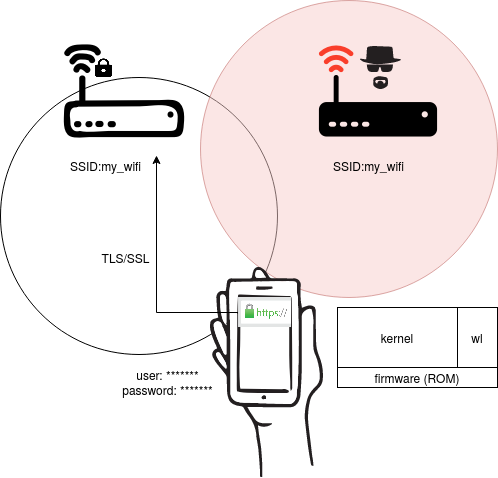 Connectivity is the key to the world of business, entertainment, education or government services. Undoubtedly, wireless medium is the last mile of this communication pipeline. While cellular dominates the mobility scenario, 802.11 a.k.a Wi-Fi is the single most widely used technology to access the internet when it comes to streaming movies on the smart TV at home, securing premises with IP cameras, or merely sharing vacation photos from a hotel room or cafe.

How would you connect devices lacking proper input methods to your Wi-Fi network? You then simply confirm with a push-button, comparing alphanumeric strings, scanning QR code or blindly accept them to your network. Existing standards rely on public key cryptography or on a secondary medium to allow secure joining. First one needs a very large key-size (at least 4200 bits) and may soon become a victim to quantum computers’ cracking capability, and the latter does not scale well.

How does it work?

Let us define entities of the ComPass protocol. Access Point is kept hidden (to reduce Evil twin attacks) and it has an Authenticator with rich user interface. Enrollee is a device with limited interface (can have rich user interface too). Before initiating the protocol devices are brought within close proximity (less than 3m ). Summary of the protocol steps are as follows:

1) With a button (simple power button or existing WPS button can be re-programmed for this purpose) press or after booting Enrollee broadcasts its name/id with random nonce by turning itself into a temporary access point.

a. Authenticator and Enrollee performs procedures mentioned in A-D and generate common passphrase1. Once connected, Authenticator sends (SSID + APMAC) to Enrollee. Subsequently, it sends Enrollee’s MAC+ passphrase1 to Access Point. This is already encrypted since the Authenticator joined the network beforehand.